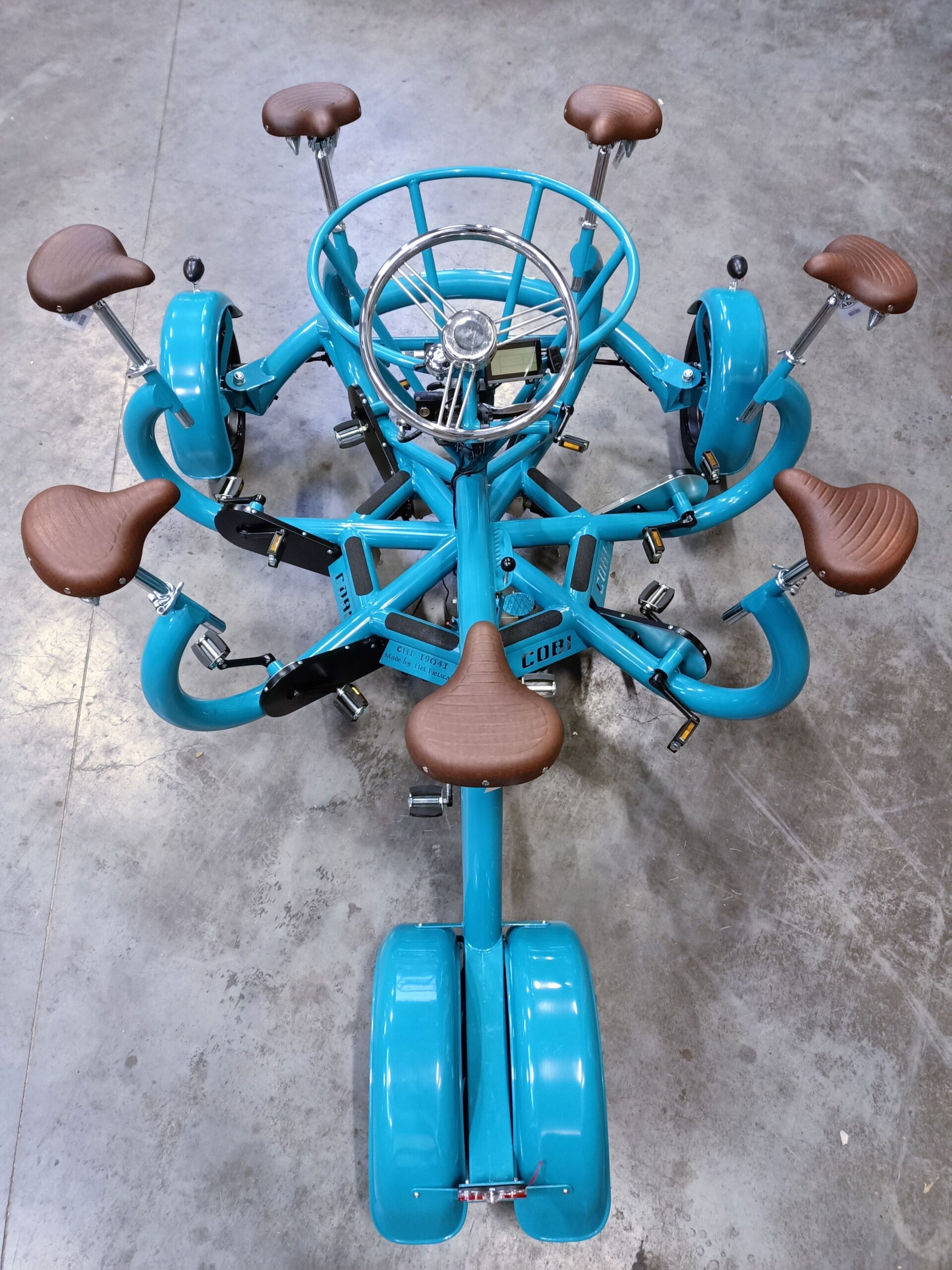 There are now more than 400 ConferenceBikes in 20 countries. They are being used for tourism in Prague, Berlin, Madrid and Mexico; for corporate team-building in Copenhagen, Vienna, Hannover, and on the California Google campus. They are being used for campus tours and ice-breakers at Stony Brook, Alfred and Vincennes Universities and Aims College; for recreation and trust-building at the Florida School for the Deaf and Blind and the Missouri School for the Blind.

ConferenceBikes are built in Holland, to last for years with a minimum of maintenance, which can be performed by any qualified bike mechanic. 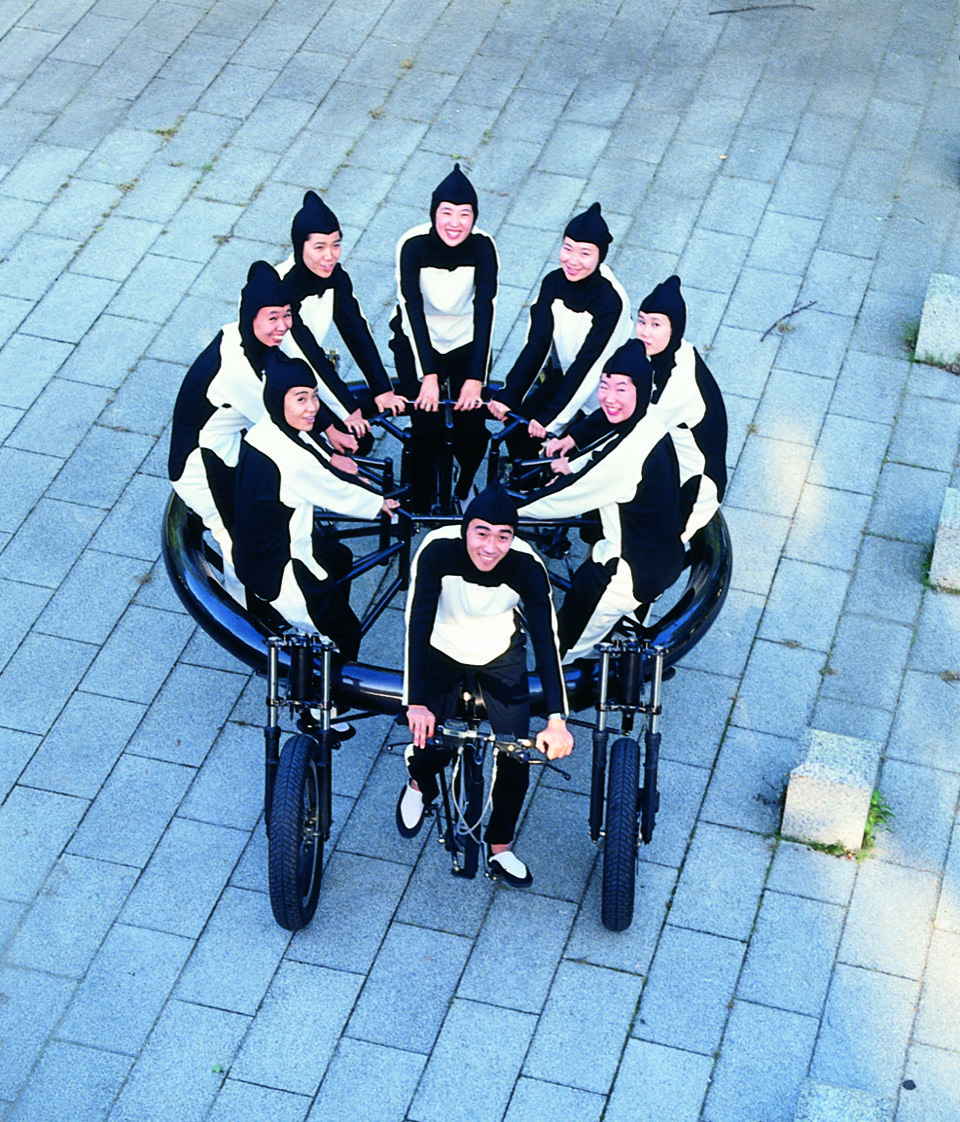 OCTOS performed at the Nagoya Museum of Art.

The ConferenceBike is brought to you by the American artist ERIC STALLER. It has evolved from his artwork OCTOS, a circular bike for 8 riders, complete with futuristic black and white costumes, that STALLER built in 1991.

STALLER, who today is known as the father of the art movements LIGHT PAINTING and ART CARS, moved from his native New York to Amsterdam in 1994. The OCTOS created so much interest that Staller decided to develop it into a product.  “I could see that the OCTOS was something more powerful than art! It was something to be used and enjoyed by everyone. It was functional and there was never anything like it.”

“I then built a 2d model with 7 seats and called it the ConferenceBike. Several prototypes later I have the foolproof and built-to-last model of the ConferenceBike that it is today.” STALLER’s mission is to cover the world with his amazing invention. Every city, every village should at least have one as a tool to get people to know one another! Owners now include: Cirque du Soleil; the Google campus; The Hellen Keller National Center- deaf and blind people riding the CoBi with a sighted captain; The Earth Center – a ‘green’ theme park in York, England, where the bike has become a symbol for sustainable transportation; The Jerusalem Science Museum, where the CoBi illustrates mechanical principles; Alfred University, where the bike is used for student orientation, and many more.

Read more about ERIC STALLER in his autobiographical book, “OUT OF MY MIND” or visit his website: ericstaller.com